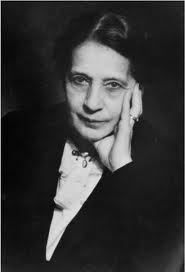 Ever since I read E=mc2, A Biography of the World’s Most Famous Equation, I’ve been fascinated with Lise Meitner. Born in 1878 in Vienna, this Jewish woman overcame extraordinary prejudice against educated women, and the even greater prejudice against women in science, to become one of the world’s most remarkable physicists. Her crowning achievement came not when she was in her 20’s, like so many genius male scientists, but rather, at 59 years old, after a narrow escape from Nazi Germany.

Lise’s Childhood: A Love for Education

Lise’s father was a lawyer, and there were always other lawyers, legislators and writers visiting the family, providing a very intellectual atmosphere. Lise herself loved to study and learn. Education for girls in Vienna, however, only went through age 14. After that age, girls stayed at home until they got married. In 1897, when women were suddenly allowed to go to universities, the Meitner family rallied around its daughters. Each was given the opportunity to complete the preparatory work that was required to attend a university. Lise completed the equivalent of 8 years of education in 2 years. She worked so hard, her younger siblings would tease, “You’ll fail! You just walked across the room without picking up a book!”

At the University of Vienna, Lise fell in love with physics. She had a beloved professor, Ludwig Boltzmann, who welcomed women into his classes. He treated his students like family. Lise excelled, continuing her studies until she became the 2nd woman to earn her PhD in Physics at the university, in 1906.

After graduating, she had few choices. She excelled in research and lab work, but there were no jobs for women in research. She started teaching (the equivalent of high school teaching) and did research at night. She was so engaged with her scientific work that she published 3 papers in one year. She knew she had to go further.

She had heard a lot about the work being done at a university in Berlin. Since she was being paid so poorly for her teaching work, she was still being supported by her parents. So she had to ask their permission to go to Berlin. They agreed.

What she didn’t know before she went to Berlin is that women were not yet allowed in universities there. She walked into a decidedly male atmosphere. She felt so uncomfortable, she said, “I became very reserved, very shy. I had almost a fear of people.”

Still she pushed on. She went to Max Planck himself to ask if she could attend his classes. He didn’t think women belonged in science, but he reluctantly agreed. (Later, after he saw her work and got to know her, he would become one of her greatest allies.)

As for research, she approach a lab run by Emil Fischer, who was quite stridently opposed to women being in science. He did not want to give her lab space. When one of his young chemists, Otto Hahn, wanted to work with Meitner, he reluctantly agreed. She could use a basement carpenter’s shop, with a separate entrance. She had to promise not to set foot on the upper floors.

A year later, women were allowed into universities. Fischer relented, and said she could come to the main floors. Still, many male students pointedly ignored her and otherwise let her know she was not welcome. She was paid nothing until 1912, while the men earned at least a small stipend. Her parents had to continue to support her.

Recognition for Her Talents:  A Career in Physics

The younger physicists were different. About them, Lise commented, “Not only were the brilliant scientists, they were also exceptionally nice people to know. Each was ready to help the other, each welcomed the other’s success.”

She was also welcomed into Planck’s circle of physicists. She reflected, “The more advanced students and physics assistants were regularly invited to his home… we played tag in the garden, in which Planck participated with almost childish ambition and great agility…”

Given this atmosphere, Lise’s talents were eventually recognized and rewarded. By 1917, Emil Fischer named her the head of the Physics section at the lab (that was now renamed the “Kaiser Wilhelm Institute”) in 1917. KWI also gave her the status of Professor in 1919, the first woman to achieve that status in Germany. She was officially a part of the golden age of physics. She had a rich life in Berlin, with lots of friends. She was respected in her field.

This continued even after Hitler took power, in 1933. Lise was 54 years old.

Engaging in Scientific Revolutions with Nazis Breathing Down Her Neck

She still had her Austrian citizenship, which provided her a little protection against the Nazis.  Also, she was very much wanted at the Institute. In 1934, Irene Joliet-Curie and her husband Frederic induced artificial radioactivity in Aluminum, a breakthrough for which they received the Nobel. It was a thrilling time to be in physics. Lise really didn’t want to leave Berlin and her work.

By July of 1938, though, Nazis had infiltrated every part of German life. Nazi scientists pressured Otto Hahn, who was now the head of the KWI, to fire her. “The Jewess endangers us,” they claimed. Hahn resisted for awhile, but then word came down that the secret police were actually getting ready to arrest her. She escaped, with the help of Dutch colleagues, with only a couple of small suitcases of summer dresses. All of her work and the rest of her belongings were left behind. Her life, and her career, would be completely shattered by this.

She was now a refugee. If she had left in earlier years, she might’ve found another position. Einstein left early and got a position at Princeton. Many other physicists did the same. There were few positions available now. She ended up in Sweden, at a new institute where she was given no lab, no lab assistants and no respect. Had she known this position was so bad, she wouldn’t have accepted it.

Meanwhile, Hahn was continuing the experiments that she had set up. He was often confused by the results, and would write her requesting explanations. Fritz Strassman, their lab assistant, later reflected about their team, “Lise Meitner was always the intellectual leader.”

On Christmas Eve of 1938, Meitner and her nephew, Robert Frisch, were spending time together. Frisch was also a physicist. He wanted to go skiing, so he skied while she walked. They puzzled over Hahn’s latest letter. It seemed that he thought that the Barium they were using as a sort-of adhesive for the radium experiments, was sticking to bits of radioactive particles. This made no sense at all… until Meitner realized that the radium atom might have split. She quickly sat down on a tree stump and made calculations. She realized that the radium atom was already so packed full of protons, that pushing in the additional neutrons could cause it to split wide open – thus fulfilling Einstein’s special relativity predictions.

Many of the scientists working on artificial radioactivity had actually induced fission, as it came to be known, but didn’t recognize it. Lise did. This was the crowning achievement of her career. And Otto Hahn won the Nobel for it.

Yes, good ol’ sexism. For his part, Hahn ended up working for the Nazis. He was proud of his Nobel and insisted it belonged to him and to the field of chemistry. Physicists were outraged by this, but the Nobel committee would not change their decision.

Thankfully, Lise Meitner left her papers to Cambridge. She kept Hahn’s letters and made copies of her own. The papers were there when historians were finally ready to recognize women’s contributions to science.

In the last 25 years, her contributions have increasingly been recognized. In 1992, physicists in Darmstadt, Germany, fused a bismuth isotope with an iron isotope to create a new element. They named this element meitnerium. The lead of the team, Peter Armbruster, declared, “Lise Meitner should be honored for her fundamental work on the physical understanding of fission. She should be honored as the most significant woman scientist of this century.”