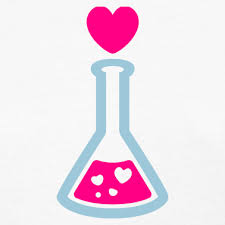 I went to a party for polyamorous people recently. What can I say, I was curious. It was at a big house in Bayview-Hunters Point in San Francisco. And no, it wasn’t a sex party! It was a pig roast.  And everyone kept their clothes on, more or less. There was a clothing swap in one room, and people kept whipping off their clothes to try on other clothes, but only in that room. (I found a really cute polka-dotted corset myself. I paired it with a skirt the hostess had given me – b/c I had come in black pants and a tank, easily the most square person there – and suddenly I fit right in.)

Anyway, the reason I have become curious about the poly lifestyle is that it seems to me that the vast majority of monogamous, dyadic (dyad = 2 people) relationships are dysfunctional, unhappy and addictive. I was wondering whether anyone in the poly community had figured out something better. For many people, romantic relationships seem to bring not only emotional highs, but also lot of chaos and pain. I’m trying to figure why that is, and how to be different myself.

I can see the benefits of relationships, of course. When they’re healthy, you get companionship and support.  But all too often, people just seem desperate to be in a relationship, any relationship.

For example, I met a woman this past summer whom I thought was attractive. She’s smart and passionate. She had quit her corporate job to follow her passion. That’s a quality I always admire! But, as it turned out, T was fresh out of a relationship. She wanted to sleep with me within 24 hours after meeting me. When I gently pushed her away, she started crying over her ex.  This is what started me thinking about relationship addiction.  The desperation to be in a relationship is not unusual at all.

Why do people relationship-hop? Why are people afraid to be single? And if being single is so bad, and being in relationships so good, why is there so much unhappiness in romantic relationships?

I did a little research about the biochemistry of falling in love for my show, The Physics of Love. I wrote this monologue as a result:

Love is blind. It’s this force inside you making decisions, and you’re just along for the ride. You try so hard to choose the right person, but who really has that choice? When the unconscious mind gets the girl it wants, it downloads the dopamine and norepinephrine and suddenly you’re insanely high and all you can think about is her. Her. Her. People in love are in exactly the same chemical state as people high on cocaine… or in the manic phase of a manic-depressive disorder. When reality starts to kick in, you notice a loss – your old sense of self. It’s dissolving. And it hurts. Enter Oxytocin. The bonding chemical. It’s helping to dissolve away certain synapses in your brain – the you you were before her. Going, going, gone… and it’s scary and painful, but the oxytocin is also making you feel really warm and fuzzy about it all. Do not trust oxytocin. The FBI makes suspected terrorists sniff it before interrogation – makes ‘em pliable.

I’m more and more convinced that it’s the dopamine and norephinephrine spikes that keep most people in unhappy relationships. The withdrawals from these chemicals are painful – and are either the cause or the effect – or both – of the intense conflicts that are a hallmark of “passionate” relationships. Once the partners “make up”, though, the chemicals spike up again.

So, do poly people have an easier time of it? I don’t know… but I kind of doubt it.  It does seem like one pitfall of dyadic relationships is the intense emotional focus on only one person. This focus makes you seem them first as the answer to all your problems; then as the worst person in the world; then back to being the best thing that ever happened to you. I wondered – and still do – whether poly people side-step this obsessive focus on one person. Could this help them build healthier relationships?

The people I talked to at the party mostly called themselves “poly-curious”. They’d never been involved in a poly situation. There were others who had, but found it hadn’t worked well at all. I only talked to one person, a lesbian, (we’ll call her “L”), who was happy with her poly situation. Her girlfriend had a boyfriend of almost 2 decades. Since lesbian relationships can be very emotionally intense, L appreciated that her girlfriend had another focus.

Of course, I am not taking my experiences at the party as representational of all poly people everywhere. I only know a few people that I met at the party!

While I doubt I could handle a poly situation, I remain curious about how people work out the challenges of relationships. I have only ever known of 2-3 dyadic couples who are in stable and healthy non-addictive relationships. By that I mean that they got to know each other very slowly, and they never went through long periods of intense conflict, interspersed by periods of great sex. Instead, they delayed having sex, and maintained their individual lives and interests consistently. They say they have great sex now, but it’s not the kind that is present when you have brutal arguments all the time!

I love my life as a single woman very much. There are so many benefits… peace of mind, freedom, health and strength. If and when I do get into a relationship again, I am going to try to have a non-addictive one… the emotions might be quieter, but I’ll still have all the wonderful things I have in my life now.  That’s my goal – to bring my best self, the one I’ve found through being single – to a healthy, emotionally rich relationship of equals.

I’d love to hear your comments!