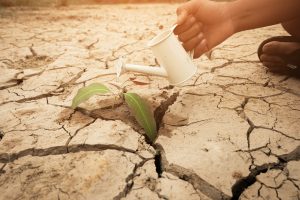 Welcome to our benefit reading!

As a member of First Unitarian in Brooklyn, I welcome you to this reading. I’ve always been very proud of our denomination’s work in all social justice arenas. We try to walk our talk! And that means that we need to upgrade our facilities as well, to use solar power and become more energy-efficient.

If you’d like to make a donation, please go to the Capital Endowment field on: https://bit.ly/3GmXdJG

What Is An Artist’s Responsibility During Climate Change?

I was inspired to write The Great Understanding after taking the class, “Climate Change, Fiction and Literature” taught by Professor Devin Zuber at the Graduate Theological Union in Berkeley, CA. I met Devin while spending time in Berkeley during the winter of 2019. When he learned of my passion for the intersections of the arts and sciences, he invited me to audit the course with his usual students, who are seminarians and doctoral candidates in religious studies.

The book that had the most profound impact on me was “The Great Derangement” by Amitav Ghosh. Usually a fiction writer, Ghosh has written three essays that are a veritable call to arms in dealing with climate change. These are “Story,” “History,” and “Politics.”

The Importance of Story

The first essay, “Story,” helped me clarify my mission as an artist. Ghosh points out that while future generations will be correct in blaming politicians for the lack of effective action around climate change, our descendants would also be correct to blame artists and storytellers. The sheer scale of climate change makes it seem improbable to our limited human minds, so seeing it requires a larger perspective, one accessed through the power of imagining.

Imagination is the realm of artists. Ghosh asserts that whatever art we’ve made so far about the climate crisis, in whatever forms, it hasn’t been enough to help our fellow humans really see what’s happening in a way that they then can act.

Reading this left me, as a writer and storyteller, with an urgent question: How do I write about the climate crisis in way as to overcome that sense of paralyzing improbability, and help audiences see the crisis, move into acceptance and begin constructive responses?

“The Great Understanding” is my first attempt to answer that question.

Lauren E King (they/them): Lauren E King is a genderqueer actor, singer, and dancer from Lilburn, GA. Upon obtaining their Bachelor’s in Theatre and Advertising from the University of Georgia (‘19), Lauren joined the North American Tour of PAW Patrol Live! The Great Pirate Adventure as Mayor Goodway.  Recent credits include Take Off Your Shirt (Drink) with The Artist Co-op, Homeless Garden (Ani), and Clearing House (Jocelyn) with Refracted Theatre Co. Currently, Lauren can be seen in the Off-Broadway production of The Importance of Being Earnestly LGBTQ at the Actor’s Temple in NYC.

Pat Lawrence In 2017 Pat moved to NYC and embarked on a professional acting career after occupations in academia, raising kids, teaching drama, and founding and running a children’s theatre. She has been delighted to have been cast in both regional theatre and episodic television. Recent NY stage credits include Mike & Mindy’s Wild Weekend Jam at The Players Theatre; Blood On My Mother’s Apron at Theatre Row (Broadway World Off B’way Best Actor nominee!); and Sunset Boulevard at The John W. Engeman Theater. TV: The Marvelous Mrs. Maisel (Amazon), The Blacklist (NBC). www.patriciamlawrence.com

Born in India, Appy (Apoorv Singh) debuted his acting career in 2014 in theater in India and was cast in multiple TV series thereafter. Prior to that he modeled and did commercials for various brands which he continues to do even today. Theater has been an integral part of his journey and a constant source of inspiration and learning. His keen interest in cinema drew him to study film making in Mumbai and subsequently acting in New York. Shortly after that he served as an Assistant Director for a big budget Bollywood production. Between New York and Mumbai, he has had the chance to work in different environments and work styles. He finds the work and approach to acting, theater and film, to be a satisfying collaborative process. He also has a special interest in photography and world affairs.

Ellen Wolf, (she/her) A Carnegie Mellon graduate and a professional of theatre, film and television, Ellen is thrilled to be back on the boards of one of her early stages where she played Good Fellowship in a First UU production of Everyman, right here in our beloved Sanctuary. She has also helped to create summer recitals in the Chapel and seriously, it would be great to have air conditioning in there. Ellen is thrilled to be part of a project whose mission is to raise awareness and funds for future Solar Panels!

Jennifer Joy Pawlitschek (she/her) Writer/Co-Director. Jennifer is a New York City-based writer, performer, comic and director, with a passion for science. Her recent solo show, The Chaos Theory of Now, has played at Dixon Place and Theatre for the New City to rave reviews. Her previous solo show, The

Physics of Love, a romantic comedy based on the scientific history of the universe, has toured all over the country. She was invited by NASA and the Library of Congress to perform at their Symposium on Astrobiology in September 2017. Her work also includes a podcast series, Where Science Meets Art, which currently takes its inspiration from evolution.

Jennifer is the Artistic Director of the eco-performing troupe, The SciArt6.  Their work includes puppet shows on food justice, an immersive performance piece on the ecological history of Manhattan, and sketch comedy raising awareness about climate change. She has also done standup with a science twist, at clubs such as New York Comedy Club, Broadway Comedy Club, Ochi’s at Comix and others Jennifer’s work has been featured at Highways (Santa Monica); Emerging Artists’ Theatre, Laurie Beechman Theatre, Wow Café and Theatre, and Fresh Fruit Festival (New York City); Jon Sims Center, The Marsh, Josie’s Cabaret and Red Dora’s Café (San Francisco) and at conferences such as the Association of Environmental Sciences and Studies, and the Western Regional Conference. Her college performance tour has included Scripps College, Rochester Institute of Technology, University of Redlands, University of Connecticut, College of Staten Island, SUNY Potsdam, SUNY Plattsburgh, Alfred University, Indiana University Pittsburgh, University of Northern Iowa, and more. Her commissions include, for the Inter-Religious EcoJustice Network of Connecticut, a play called Awake, which explores communities of faith and climate change. She is also an accomplished actor, having worked with the Los Angeles Women’s Shakespeare Company, San Francisco Shakespeare Company, Emerging Artists’ Theatre (New York City), Teatro Vision (San Jose). One of her commercials is featured in Fox Television’s World’s Sexiest Commercials, and she has appeared in several films. She received her MFA in Drama from UC Irvine.

Miriam Eusebio, Co-director & Stage Manager. Miriam Eusebio is a director and sometime actor in NY.  Miriam’s directing work includes the acclaimed Truth Values: One Girl’s Romp Through MIT’s Male Math Maze written and performed by Gioia De Cari, touring since 2009, and Happy Days by Samuel Beckett at WOW Café Theatre.  She is currently working on a musical in

development, Look For Me, about the suffering and healing of PTSD.  Work in classic theater includes Pericles, Taming of The Shrew, and Midsummer Night’s Dream as well as Oedipus at Colonus by Sophocles.  With young people; The Twelve Huntsmen by Briandaniel Oglesby, Escape From Happiness by George Walker, several works by Thornton Wilder and Handsel and Gretel the opera by Engelbert Humperdink.  As staged readings she directed include Illegal Helpers by Maxi Obexer with Voyage Theater, and The Mysteries of Monet Berzoff by Sharon Jane Smith at Wow Cafe Theater. Her directing work has been seen at Dixon Place, New Jersey Repertory Company, Wow Cafe Theater and she is collaborating with Jennifer Joy on her one woman play The Chaos Theory of Now.

Acting credits include Suzanna in Murder of Crows by Mac Wellman, Banana in Asshole Differential by Moira Cutler and Dromio of Syracuse in Shakespeare’s Comedy of Errors, and she sang in the band for The Kandake Dance Theatre for Social Change’s 1001 Nights: Love Stories from Death Row.  Miriam also sings with The Glass Menagerie chorus which was part of the Mile Long Opera by David Lang.

She is a member of the Lincoln Center Director’s Lab, Wow Cafe Theater, and she is an associate member of SDC.

Many thanks to Jay Lawrence tech extraordinaire, for running both sound and video for the livestream!

Many thanks to the Green Team for co-producing this reading.

Many thanks to Garnett Losak… for all she does for First U! Thanks also go to Kevin and Bobby, First U facilities team, for stage help and set up.