Thank you for coming to this reading of The Chaos Theory of Now.

I wrote this play during the Trump administration, as a love letter to my very conservative family. There was and continues to be a lack of real conversations happening across political lines. Stereotyping and misunderstandings abound, on both conservative and liberal sides. My intent with this piece was to represent both sides accurately, flaws and all, and with love.

I performed this play as a solo show in the summer and fall of 2019. The purpose of this reading is to look at turning this into an ensemble piece, and to explore how it resonates today, two ya.

I look forward to hearing your thoughts!

Much gratitude to the League of Professional Theatre Women and Julia’s Reading Room for presenting this reading. A special thanks to Christine Cirker and Lisa Dennett, the co-chairs of Julia’s Reading Room. I very much appreciate your support for my work!!

RACHEL LEIGHSON (Ashley) is an actor/singer/writer based in NYC and LA. Off Broadway: The Christians (Playwright’s Horizons), Lili Marlene (St. Luke’s Theatre), Before a League (Actors Temple Theatre). National Tour: Otherwise Known as Sheila the Great, The Rainbow Fish, Miss Nelson is Missing. Previous JRR: Bad Night (Kate). She is thrilled to be a part of this passionate reading and hopes you enjoy the show! Proud member of AEA and The Dramatists’ Guild. www.RachelLeighson.com.

MEG MACCARY (Anne) is an Obie award winning actor, producer, and writer. Most recently she produced and stars in the audio drama Split Valley, available on Apple Podcasts; she plays Meg, the harried reality show producer in Shrinkage, available on Amazon Prime; she plays an influencer with rage issues in the web series The Drive-Thru Therapist, and wrote and starred in Care and Feeding, a 7-minute musical about mothering directed by Vivienne Benesch and produced by Lisa Loeb. Her podcast Desperately Seeking the ‘80s: NY Edition with BFF Jessica Jones launches March 1st.

KATHERINE MCLAUGHLIN (Bethany) is thrilled to have an opportunity to collaborate on this new and timely piece of theatre with a team of strong, smart women. A great thanks to Alisa for bringing me onboard and to Jennifer for entrusting her story to us.  Broadway credits: Rosalie Mullins in School of Rock. Regional credits: Phoebe in A Gentleman’s Guide to Love and Murder, Sister James in Doubt, Johanna in Sweeney Todd, and Gretchen in Boeing Boeing. 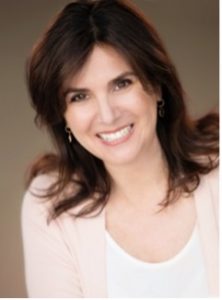 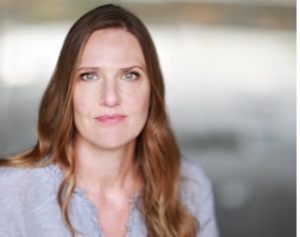 ELLEN WOLF (Narrator), a Carnegie Mellon graduate, is thrilled to be part of The Chaos Theory of Now. She has worked with Lloyd Richards, Uta Hagan, Ron Van Lieu and the great Harold Guskin. Credits include ‘How to Stop Acting’ book tour, ‘Kiddie Ride’ staring James Gandolfini, regional theater and television projects.

ALISA MATLOVSKY (Director) is a New York-based theater director.  Since moving from a career in film, she has focused on new play development and creating original theater pieces, often from found text and interviews.  She is a recipient of a CAC Grant for her most recent work, 474 Days, which uses interviews to examine the experience of front-line workers during the early days of the pandemic in New York.  Alisa is on the Board of LPTW and is amember of SDC, DGA, and NYWFT.

Jennifer Joy Pawlitschek (she/her), Playwright. Jennifer is a New York City-based writer, performer, comic and director, with a passion for science. Her recent solo show, The Chaos Theory of Now, has played at Dixon Place and Theatre for the New City to rave reviews. Her previous solo show, The

Physics of Love, a romantic comedy based on the scientific history of the universe, has toured all over the country. She was invited by NASA and the Library of Congress to perform at their Symposium on Astrobiology in September 2017. Her work also includes a podcast series, Where Science Meets Art, which currently takes its inspiration from evolution.

Jennifer is the Artistic Director of the eco-performing troupe, The SciArt6.  Their work includes puppet shows on food justice, an immersive performance piece on the ecological history of Manhattan, and sketch comedy raising awareness about climate change. She has also done standup with a science twist, at clubs such as New York Comedy Club, Broadway Comedy Club, Ochi’s at Comix and others Jennifer’s work has been featured at Highways (Santa Monica); Emerging Artists’ Theatre, Laurie Beechman Theatre, Wow Café and Theatre, and Fresh Fruit Festival (New York City); Jon Sims Center, The Marsh, Josie’s Cabaret and Red Dora’s Café (San Francisco) and at conferences such as the Association of Environmental Sciences and Studies, and the Western Regional Conference. Her college performance tour has included Scripps College, Rochester Institute of Technology, University of Redlands, University of Connecticut, College of Staten Island, SUNY Potsdam, SUNY Plattsburgh, Alfred University, Indiana University Pittsburgh, University of Northern Iowa, and more. Her commissions include, for the Inter-Religious EcoJustice Network of Connecticut, a play called Awake, which explores communities of faith and climate change. She is also an accomplished actor, having worked with the Los Angeles Women’s Shakespeare Company, San Francisco Shakespeare Company, Emerging Artists’ Theatre (New York City), Teatro Vision (San Jose). One of her commercials is featured in Fox Television’s World’s Sexiest Commercials, and she has appeared in several films. She received her MFA in Drama from UC Irvine.